ABBA could not have said it any more times when they wrote their song Money, Money, Money. Although, by its lyrics ‘I work all night, I work all day, to pay the bills I have to pay,’ does not suggest that money comes easily to anyone. In the 1970s, ABBA were one of Sweden’s highest exports, second only to car producer Volvo. They are still selling one million records per year. Mia Segolsson, their manager at Polar Music, has said that ABBA has been estimated to have sold something like 385 million records. There is certainly money to be made from the record industry. Particularly by artists who write their own songs. The ABBA songs were written by the two Bs in ABBA. That is, Benny Andersson and Björn Ulvaeus. The group’s name is an acronym for all their names. Benny plays piano and Björn the guitar. Agnetha Fältskog and Anni-Frid Lyngstad were singers in the group. The group was formed in Stockholm in 1972 and remains one of music’s success stories.

Money surely makes everyone smile. This was a hit for Bruno Mars. His real name is Peter Gene Bayot Hernandez. His nickname of Bruno was given to him by his dad, who named him after professional wrestler Bruno Sammartino. At just 4 years old, he would impersonate Elvis Presley. Michael Jackson was an influence, too. He is a multi-talented artist in that he does not just sing but also plays keyboard, bass, guitar, and drums. If you can do all of this then surely success must be assured. For a start, you do not have to pay so many other band members to create your music. Bruno has had numerous number ones and is very popular among younger fans.

This was a hit for the rock band Dire Straits, whose lead guitarist was Mark Freuder Knopfler OBE. As a songwriter, composer of film scores, guitarist, and record producer, Mark Knopfler is thought to have a net worth of $95 million. Diversification in music may well be the answer to greater riches. He went solo in 1987, after leaving the band, to then reunite with them in 1991. The band broke up again in 1995. Originally left-handed, Mark plays his guitar right-handed. This apparently helps him bend evenly together 2 strings by 2-3 semitones. He has played on more than 130 guitars, including a 1961 Fender Stat.

Pop duo The Pet Shop Boys sang this one. Initially, the group had called themselves West End, perhaps explaining their hit West End Girls, but they would later come up with Pet Shop Boys as their name, after some friends who worked in a pet shop in Ealing, West London. Favorite instruments, or synthesizers, used by the group were the EMU Emulator, Emulator II, and Emulator II+. All Emulators, really. It was the strings on the Emulator II that featured on many of their early hits. Still together, Neil Tennant sings while Chris Lowe plays the keyboard. To date, they have sold over 100 million records since the 80s. In the Guinness Book of Records for 1999, they were listed as the UK’s most successful duo in music history.

Brother, Can you Spare a Dime?

I think this still counts. A dime is a ten-cent coin and one-tenth of a US dollar. This denomination of coin dates to 1792. The song has been sung by Christmas legend Bing Crosby and covered by George Michael in 1999. It was originally written in 1932 for the musical Americana. It became something of a soundtrack to the Great Depression. The song is sung from the point of view of a beggar who has not been treated well by the system. I know, perhaps I should not have ended with a song so depressing.

This is just to name a few money-related songs but there is something in most of their titles that relates to the success that their artists and composers have had. 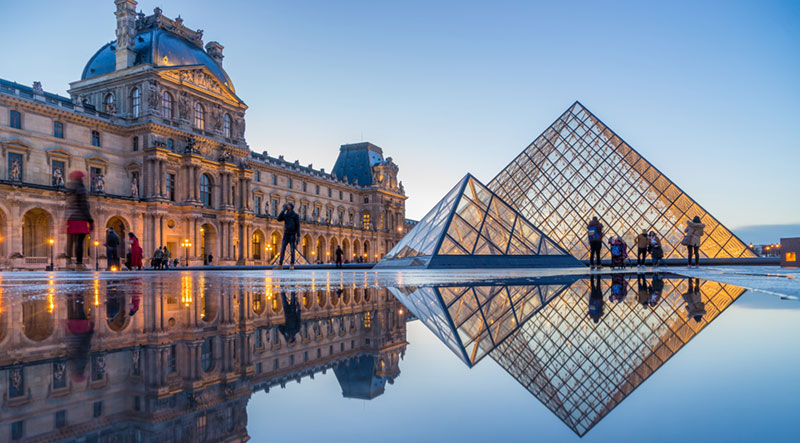 In Paris, the Louvre is the world’s largest museum of art. It is also an historic monument and central landmark in Paris. The building is situated on the River Seine’s right bank. One of the most famous of the paintings housed inside is the Mona Lisa, which was painted by Leonardo da Vinci. The painting measures 30 x 21 inches and features an attractive young lady who does not appear to have any eyebrows. This might be explained by the fact that Leonardo took a total of 12 years painting her lips. The secret behind her smile is that the happy section is buried in a low spatial frequency pattern. This means that if you are not looking directly at the mouth of the portrait, the smile will look cheerful, whereas looking directly at it means that part of the smile seems to disappear into its background and rather give the impression of a frown. This must make the Louvre top of any art lover or critic’s list, so that this oil painting is seen in person to decide whether there is indeed a smile that exists.

In London, England’s metropolis, can be found the Tate Modern. A couple of works of art that the gallery is famed for include Andy Warhol’s Marilyn Diptych (1962) and Nude Woman With Necklace (1968) by Pablo Picasso.

Warhol’s creation is a piece of artwork showing Marilyn Monroe and representative of the pop art culture. He repeats her same image numerous times in forming this work of art. The artwork dates to just a few months after the artist’s death. Born, Norma Jean Mortenson, Marilyn Monroe became an instantly recognisable figure the world over. The American actress, model, and singer was famous for her comedic “blonde Bombshell” characters aired on screen. She was the sex symbol of the 1950s/early 60s and pivotal in changing attitudes toward sexuality. The artwork is important in terms of women’s liberation and representative of how looks can not only change how someone is perceived by others but be used to their advantage.

Picasso’s colourfully abstract image is a depiction of this second wife, Jacqueline Roque. He would appear to have been capturing, through artwork, the turbulent marriage they shared. His subject appears both vulnerable and defiant in her posture.

Also housed here is Salvador Dalí’s surrealist piece, Mountain Lake (1938). The surrealist idea is that many planes of reality will co-exist within a single image.

Located at the Royal Albert Docks in Liverpool, the Tate, not to be confused with the Tate Modern, houses more artwork for the art lover to enjoy by experiencing it up close. As close as the galleries permit you to stand. The gallery was established in 1988 to display the artwork from the Tate Collection, hence the name. This consists of a national collection of British art which dates from the 1500 to the present. The gallery also houses modern international art.

The building’s interior is also a work of art. The foyer was redesigned in 2007 by Arca, and the café by Peter Blake. Architectural Emporium, the centrepiece, has an undulating fascia that is orange, linking it to the original colour scheme that was chosen by Stirling for the original conversion. A high-tech colour-changing wall forms the backdrop to the simplified brick architecture and is noticeably visible from across the Albert Dock.

So, with artwork everywhere, including in the design of the buildings themselves, there is much to explore for anyone interested in art. Whether it be that they study it in education, collect it as a hobby or profession, or that they simply admire it from displays created by others. We welcome new artists with the talent to add to these wonderful collections all around the world.